Remembering 9-11 and our response

Where were you on 9-11?  This is the question for our generation as we remember the horrors of this day ten years ago.  This photo journal answers that question, retraces my involvement in our response, and honors those who are still fighting to protect our freedom. 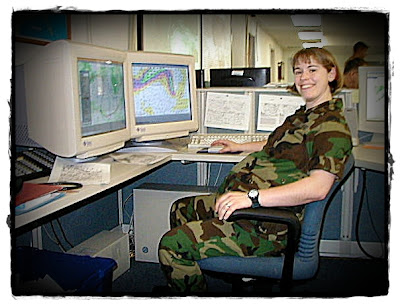 The fall of 2001, I was a lieutenant in the Air Force serving as a weather officer at Scott Air Force Base, just east of St. Louis.  We provided weather support to all the Air Force and Army bases across the entire northeast U.S., from North Dakota to Nebraska to the Eastern Seaboard.  We also delivered all the mission briefings for guard and reserve flight operations.  I was 7 months pregnant with Riley, working night shifts as floor manager in charge of about 20 personnel involved in weather forecasting and mission support. 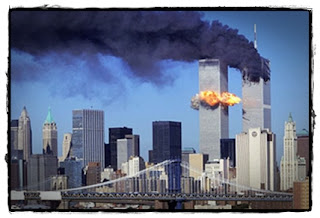 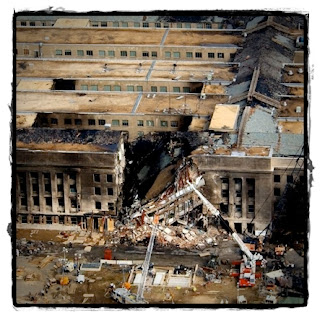 The morning of September 11, I was sleeping after working a night shift.  Dale was unaware of the events until a colleague called and asked if he was going to be able to come to work.  Soon after he came frantically in and woke me up, saying, “We’re under attack!”  We watched in disbelief as the news unfolded and our sense of security unraveled.  The base went into lockdown, and no one was able to come or go.  The impact hit home when I learned one of our young airmen lost his father, who was on the 104th floor of one of the towers.

The military response came quickly.  Combat Air Patrols (CAP) were established over NYC and Washington, D.C. in addition to other possible targets.  This was called Operation NOBLE EAGLE, and we were intimately involved in the CAP missions.  My duties that evening involved posting guards, coordinating mission briefings to the aircrews flying the patrols, and providing briefings to the Pentagon. 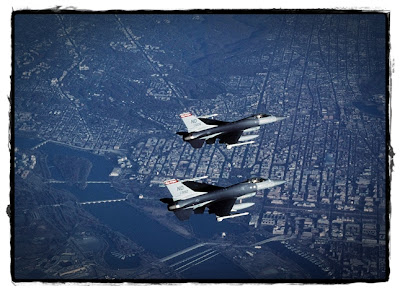 One of the combat air patrols we supported flying over the East Coast. (Photo from U.S. Air Force)

Within a few months, I was stationed at Ramstein Air Base, Germany, where we supported numerous airlift and airdrop missions across Europe and Africa.  One of our C-130’s honored the timeless words of Flight 93, “Let’s Roll!”  To us, this symbolized our resolve and our continuing mission against terrorism. 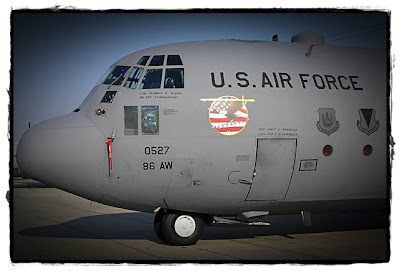 In the summer of 2003, I was deployed to Manas Air Base, Kyrgyz Republic to support Operation ENDURING FREEDOM operations in Afghanistan.  I was in charge of a small combat weather team that provided mission support to C-130’s, KC-135’s, and F-16’s from United States, Dutch, Danish, Italian, and New Zealand forces.  It was meaningful to finally be directly involved in our counter-terrorism efforts on such a gobal scale. 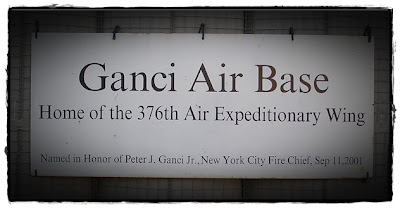 The unofficial name of our air base, named after the NYC Fire Chief who died in the trade towers. 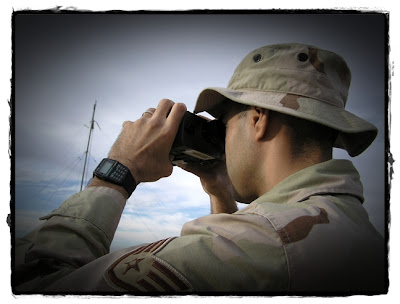 One of my troops taking a visibility measurement at the airfield. 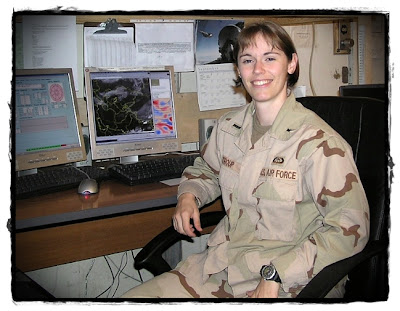 My weather desk with weather satellite and instrument readouts in the background.

Manas was the longest runway servicing Central Asia, allowing large planes such as AN-124’s, 747’s and C-5’s to bring their cargo for troops in the theater.  C-130’s then shuttled supplies and troops to the many unimproved runways in Afghanistan and surrounding areas.  We had four C-130 squadrons: U.S. active duty, U.S. national guard, New Zealand, and an Italian squadron. 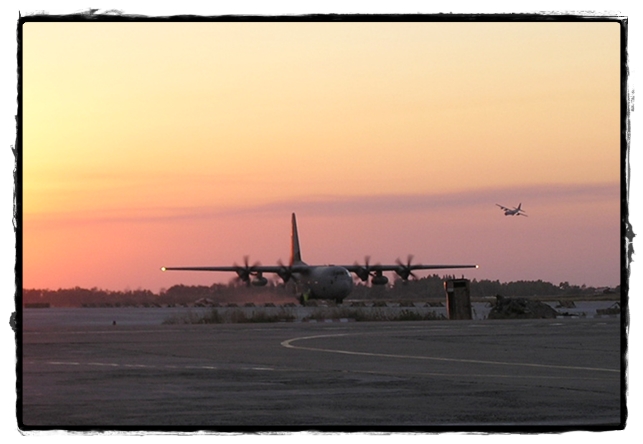 An Italian C-130J returning from a mission downrange. 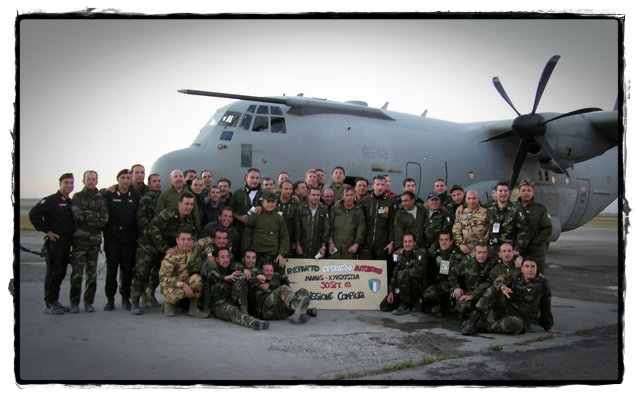 The Italian C-130 squadron just before they rotated out.

Dutch and Danish F-16’s provided support for ground operations and had important air strike missions on the Taliban.  I wish I could somehow share the excitement of combat operations.  Weather, base operations, and intelligence were all grouped in the same secure facility.  I got to see incredible gun camera footage of, for example, a F-16 patrol protecting a convoy.  One of the vehicles had a flat tire, and the gun camera showed the pilot’s view scanning the treeline and area around the convoy for hazards to the ground troops.  Another time we were on the edge of our seats as we monitored real-time updates coming by secure chat for a big airstrike on a major Taliban cell. 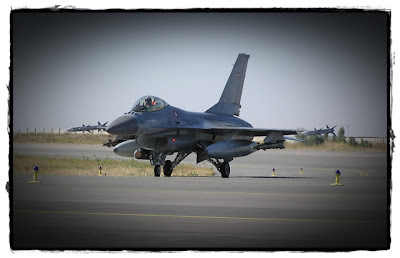 A Danish F-16 returning from a mission. 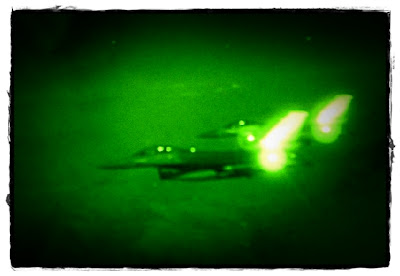 F-16's viewed from a tanker through night vision goggles. 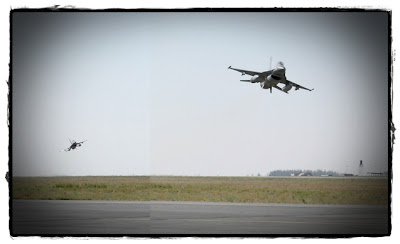 We also supported KC-135 tanker squadrons that refueled the F-16’s stationed at Manas as well as other fighters and bombers in theater.  Tanker forecasts were some of the most challenging I’ve done because we had to be precise not only in cloud coverage but the cloud layers.  This was all done with little more than a distant satellite image.  (I have to admit I enjoyed the challenge!) 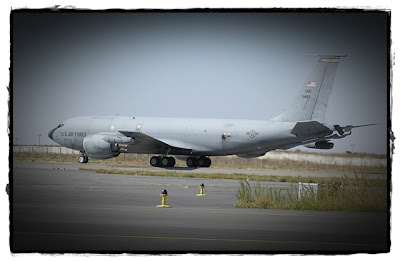 A KC-135 taxiing at the Manas airfield. 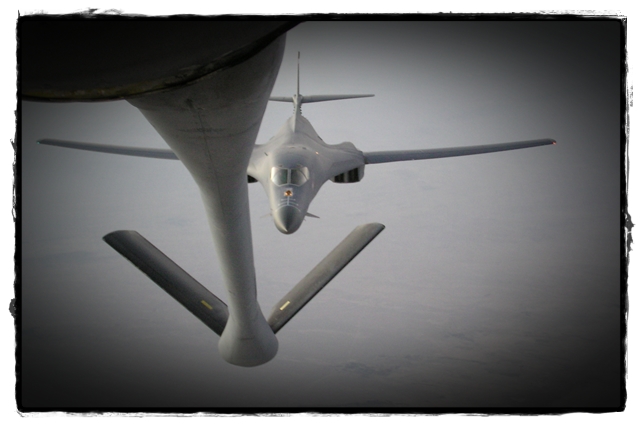 One of our KC-135's refueling a B-1B bomber over Afghanistan.

I was actually serving on September 11, 2003, the 2-year anniversary of the attacks.  This was special for everyone supporting Operation ENDURING FREEDOM.  We had a special ceremony honoring those who died or gave their lives in the attacks as well as those who fought to bring justice to those who carried them out. 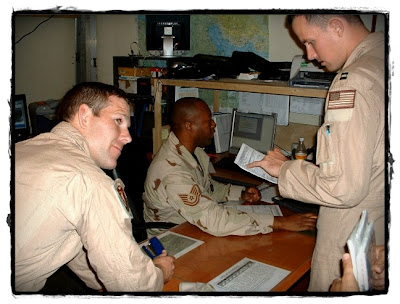 A KC-130 crew receiving their weather brief before they departed early on the morning of 9-11. 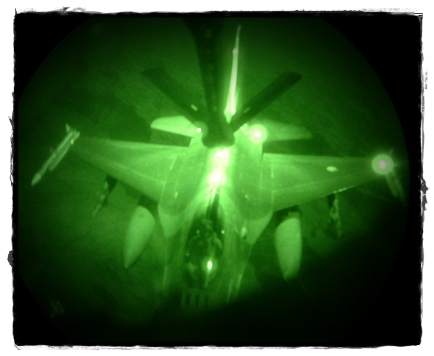 We will never forget the sacrifice of the countless servicemen, fire and rescue, and civilians who gave their lives in the aftermath of 9-11.  I hope this day always serves as a reminder of the price of freedom and as a prompt to appreciate the ongoing efforts of troops waging the war for now 10 years. 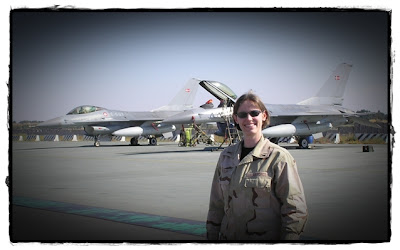 Posted under Reflections and tagged with 9-11, operation enduring freedom
Comments (1)

One Response to Remembering 9-11 and our response